I haven't posted for a while. I've been busy with work, skyrim, and a massive pile of books that I've been trying to get through. Any suggestions as to which one I read first? 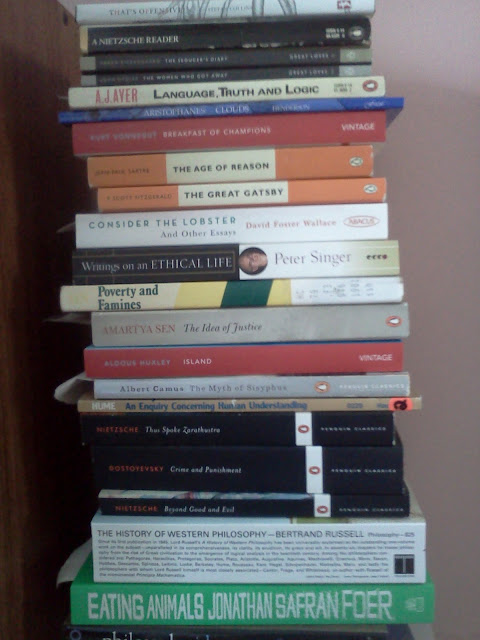 Posted by Bloycey at 2:08 PM No comments:

NOTE: After writing all this I realized that it isn't necessarily patriotism that I have a problem with (I don't mind if somebody has visited virtually all the countries in the world and decides after all that they like their country of birth the best) but unjustified patriotism - Patriotism for it's own sake.

All credit to Saturday Morning Breakfast for this one.